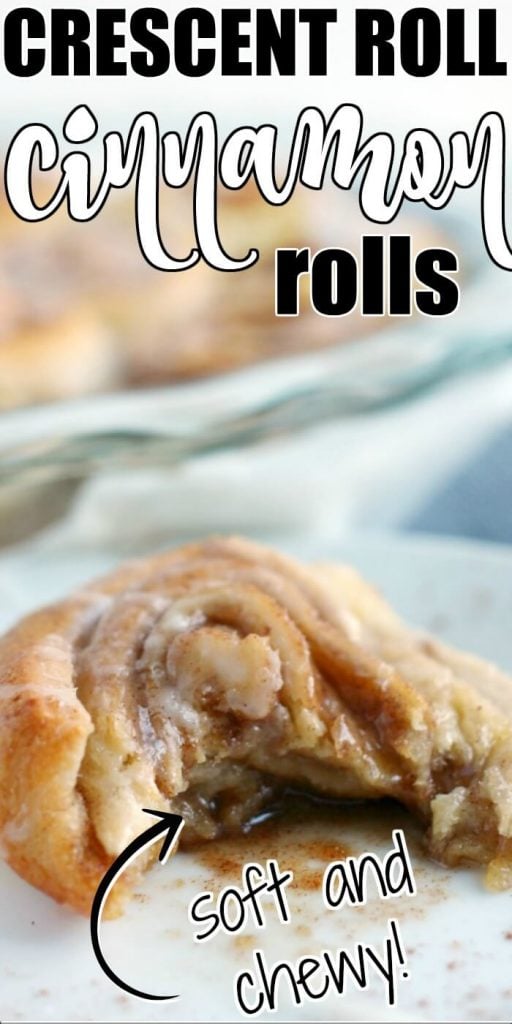 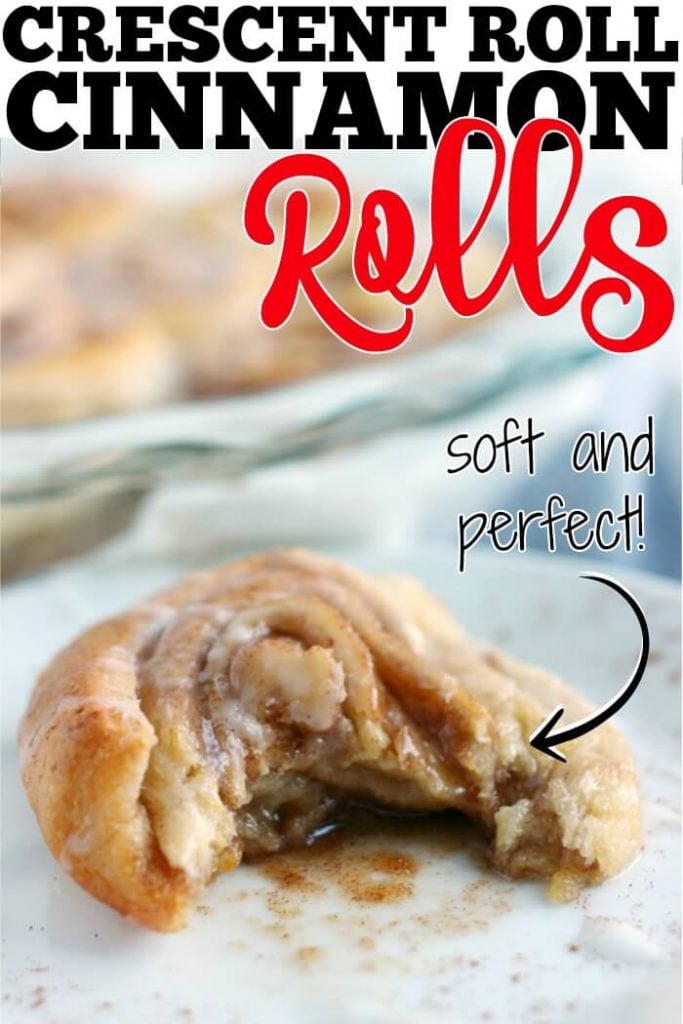 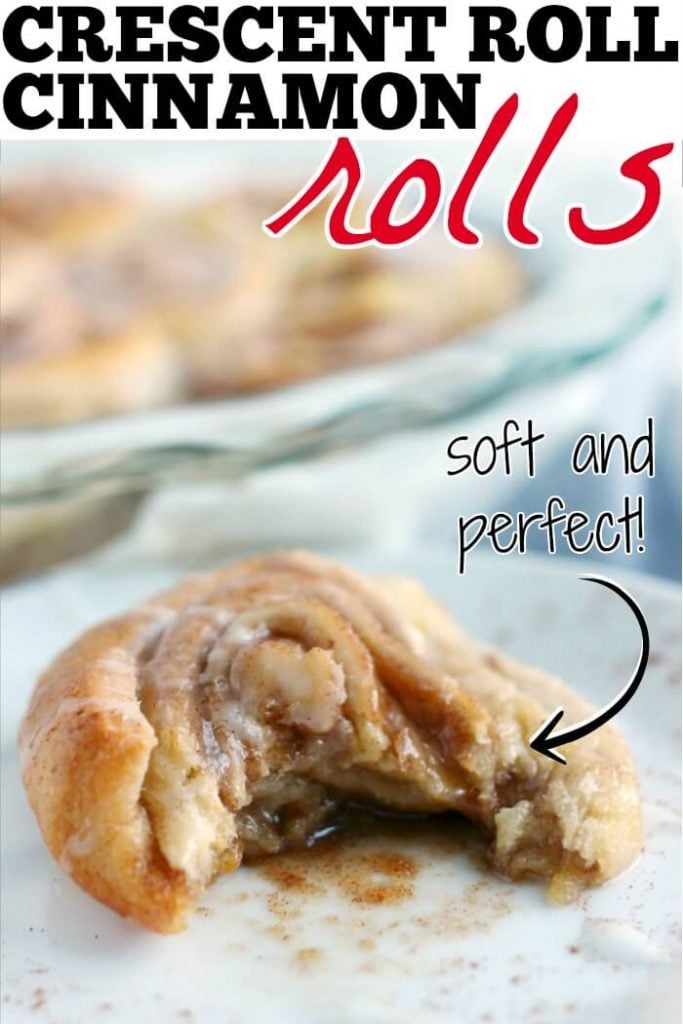 Crescent roll cinnamon rolls made with just crescent roll dough, butter, sugar, and cinnamon are gooey perfection ready for the oven in 5 minutes!

Crescent roll cinnamon rolls are chewy sweet gifts from heaven. Perfect because they can be in the oven baking in less than ten minutes! Serve them with a delicious cup of hot butter coffee. 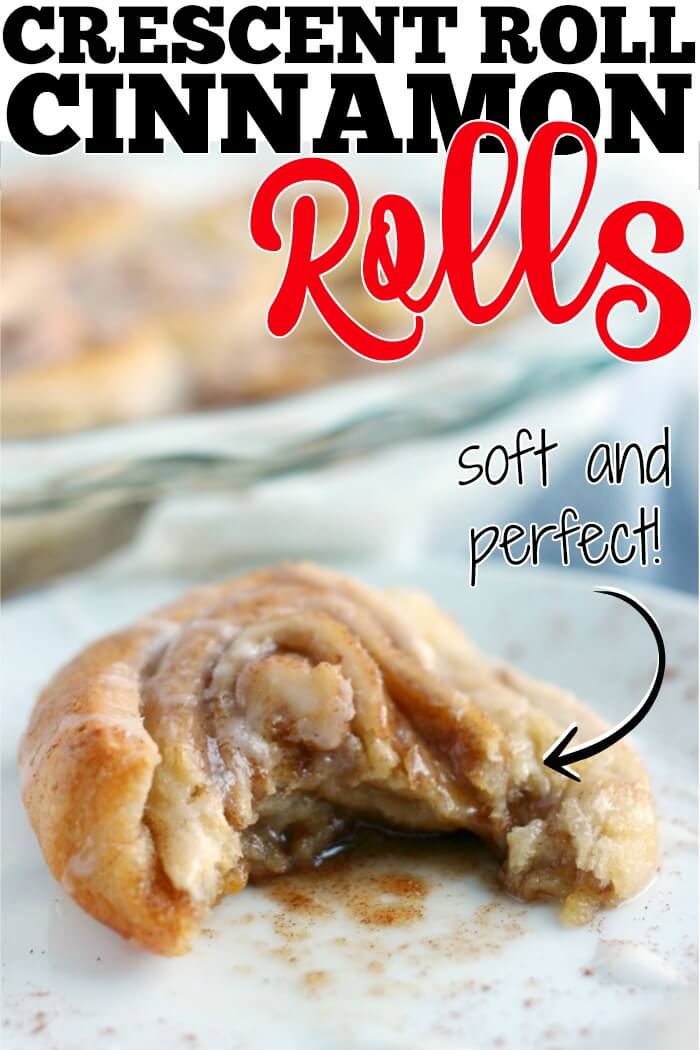 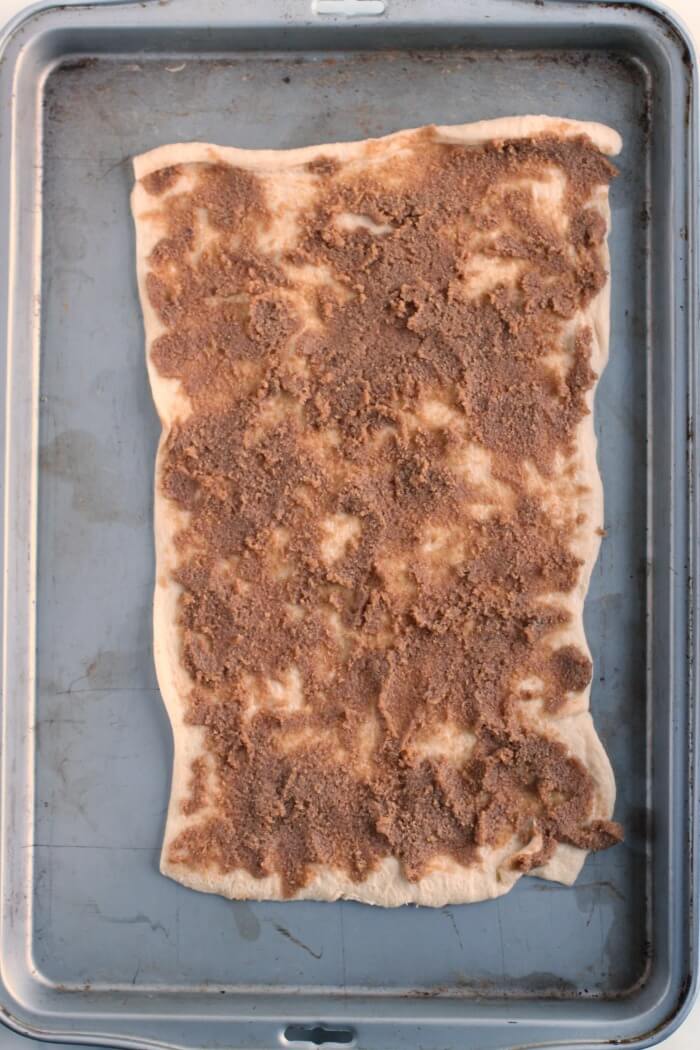 Lay the dough flat and top with the cinnamon sugar mixture.

How do you make cinnamon rolls with crescent dough? (Step-by-step)

⭐ Then, cut each dough roll into 6 evenly sized cinnamon rolls and place in a baking dish or large pie plate.

⭐ Finally, bake until golden brown and cooked through.  Finish by pouring glaze over warm cinnamon buns. 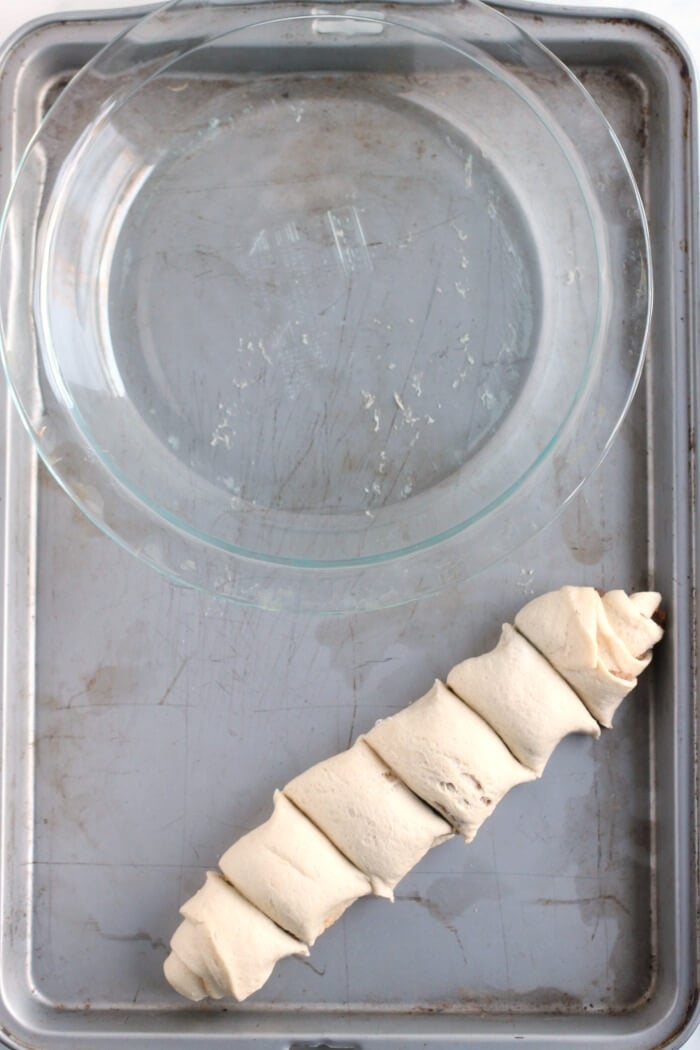 Roll from short end to short end, then cut into 6 pieces.

Can you prepare crescent roll cinnamon rolls ahead of time?

You can prep the rolls the night before and store them in the refrigerator until read to bake. Cover tightly with plastic wrap while stored.

What should you bake them in?

I like to bake the rolls in my large pie plate, but you could also use an 8×8 baking dish, or if you prefer them more spread out, a 9×12 dish, or even a baking sheet. 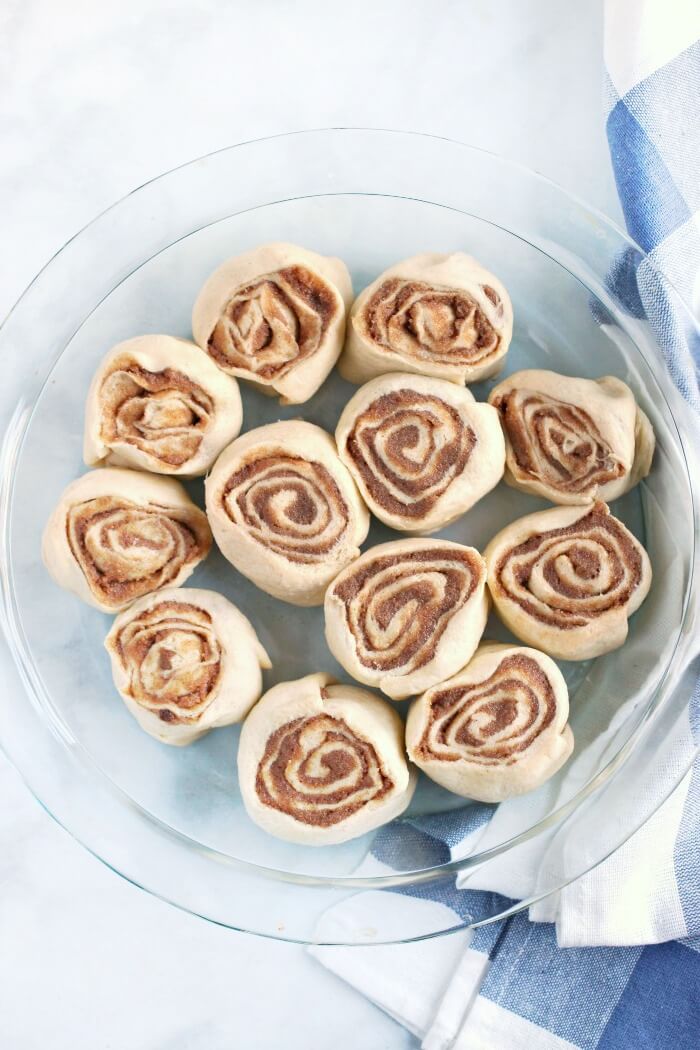 The rolls will last 2 – 3 days in the refrigerator. I don’t suggest leaving them at room temperature since the icing is made with milk. Store in a sealed container or cover with plastic wrap.

Can you freeze cinnamon crescent rolls?

You can freeze the rolls!  For best results, allow to cool to room temperature, and freeze before adding the icing. They will last in the freezer for about a month. 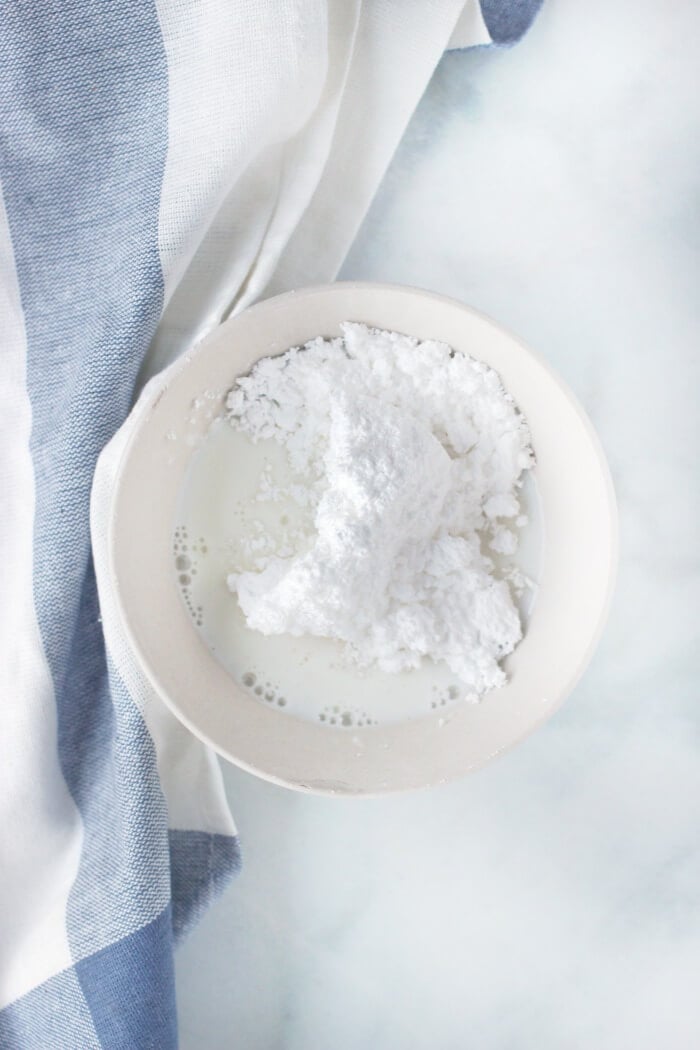 While rolls are baking, whisk together milk and powdered sugar.

🟢 I find that the tops tend to brown more quickly than the bottoms cook, so I like to move the baking dish to the bottom rack for the last several minutes of cook time.

🟢 If your icing is clumpy, try whisking it with a stick blender, or putting it in the microwave for 15 seconds to smooth it out. 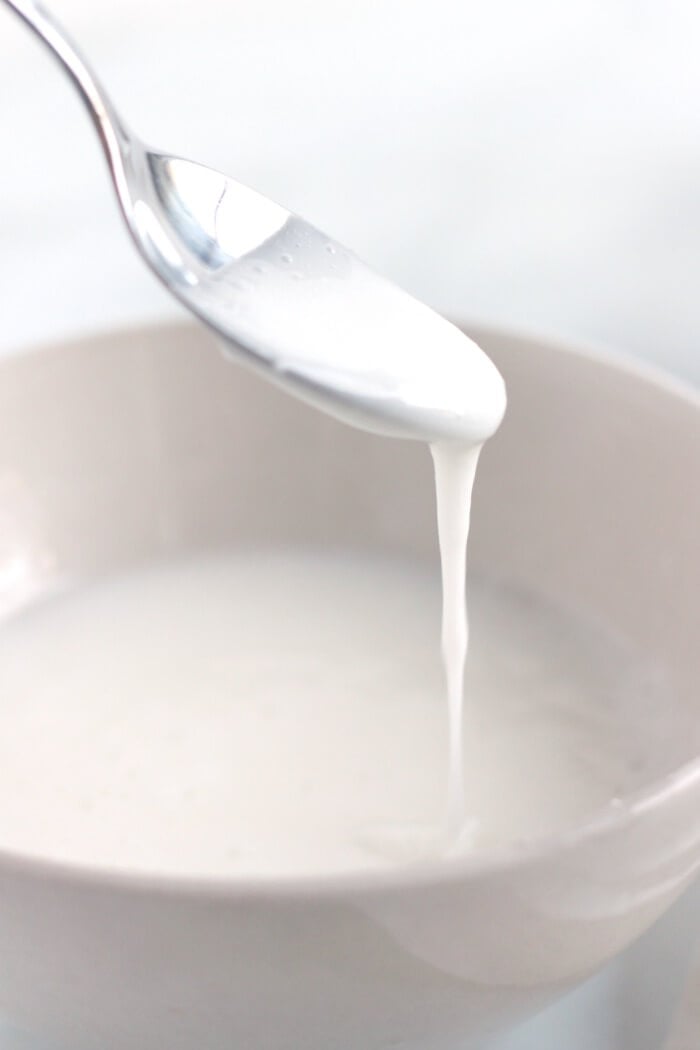 Make sure to get out all the lumps and bumps.

❤ If you love this recipe, definitely try our cinnamon roll cookies next! ❤ 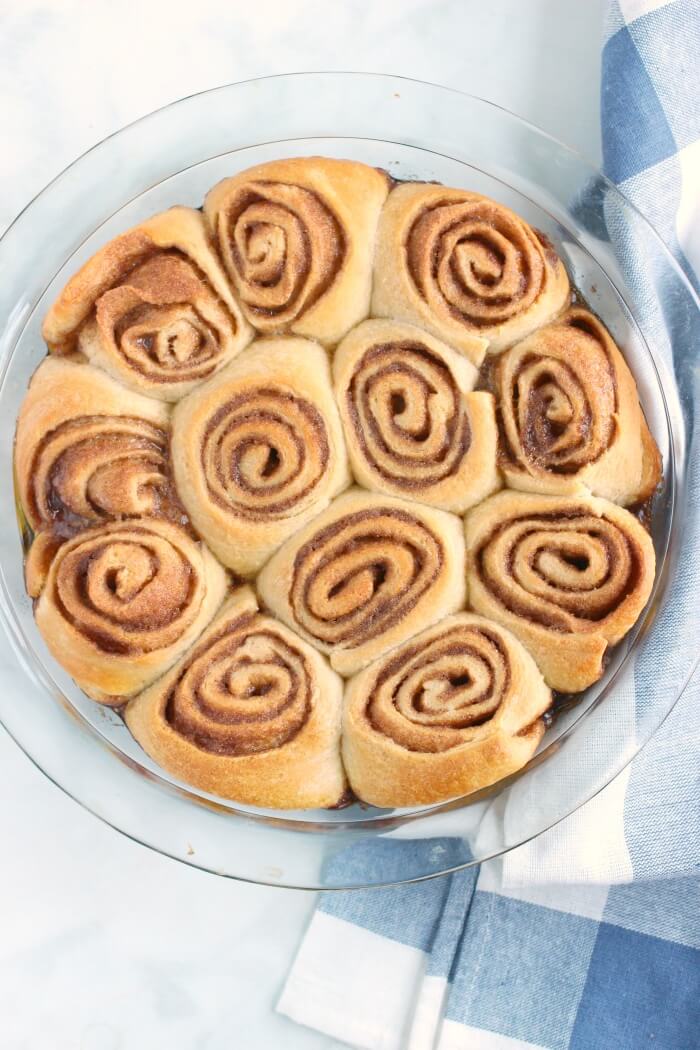 Bake until golden brown and cooked through.

Complete this meal with our recipe suggestions

If you’re planning a big breakfast or a brunch and want to serve more than just these delicious crescent roll cinnamon rolls, try it alongside a hashbrown breakfast casserole, fluffy blueberry pancakes, and easy poached eggs with blender hollandaise sauce! 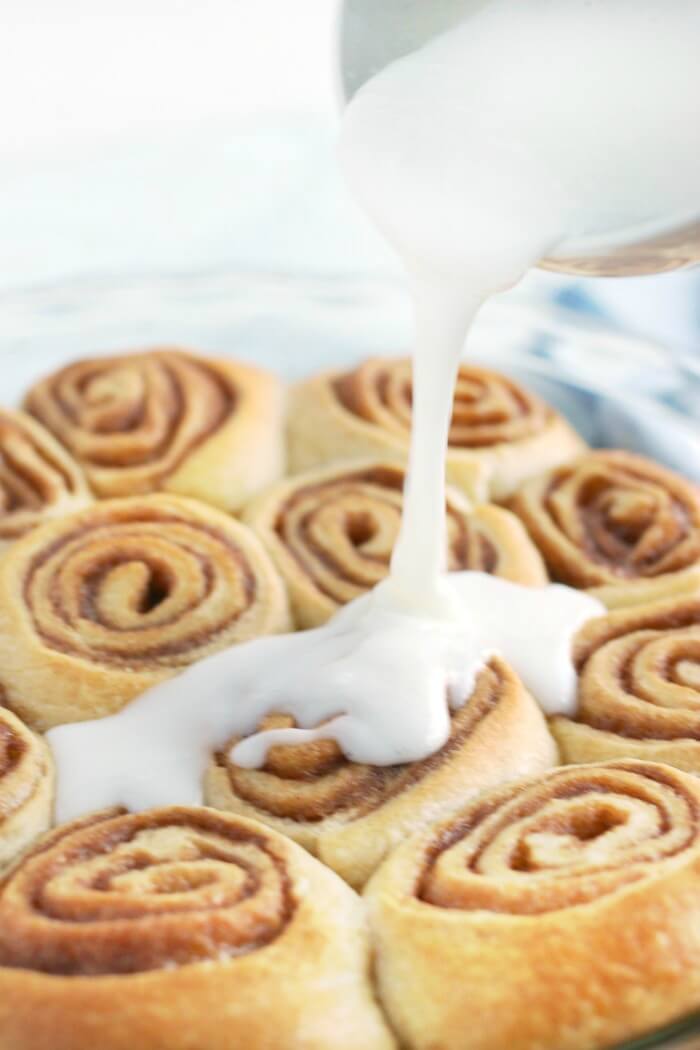 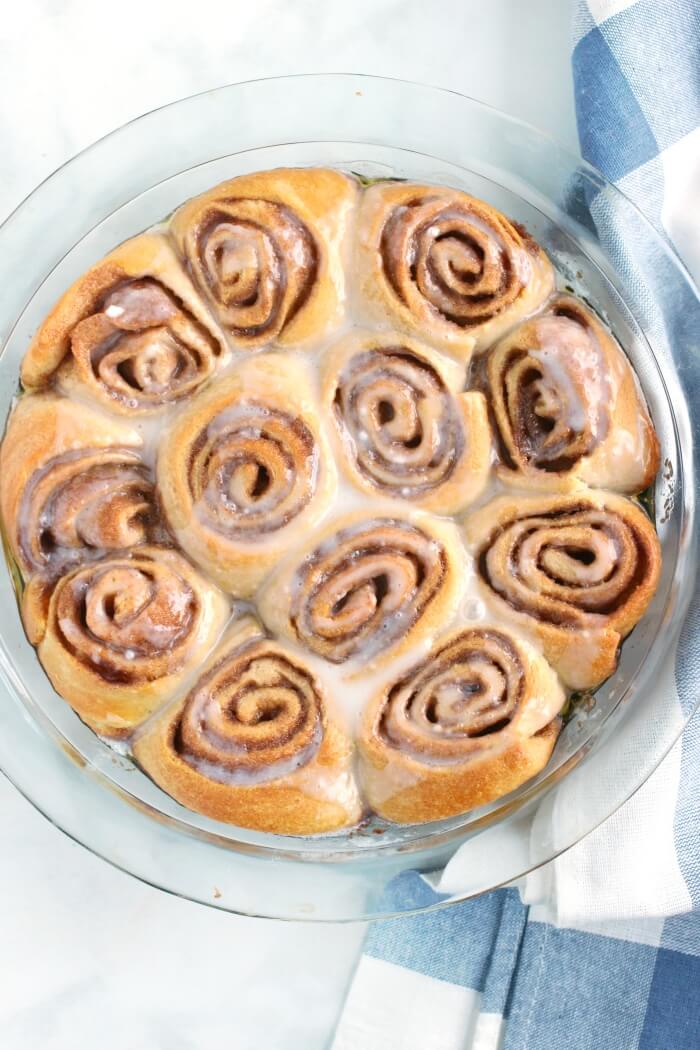 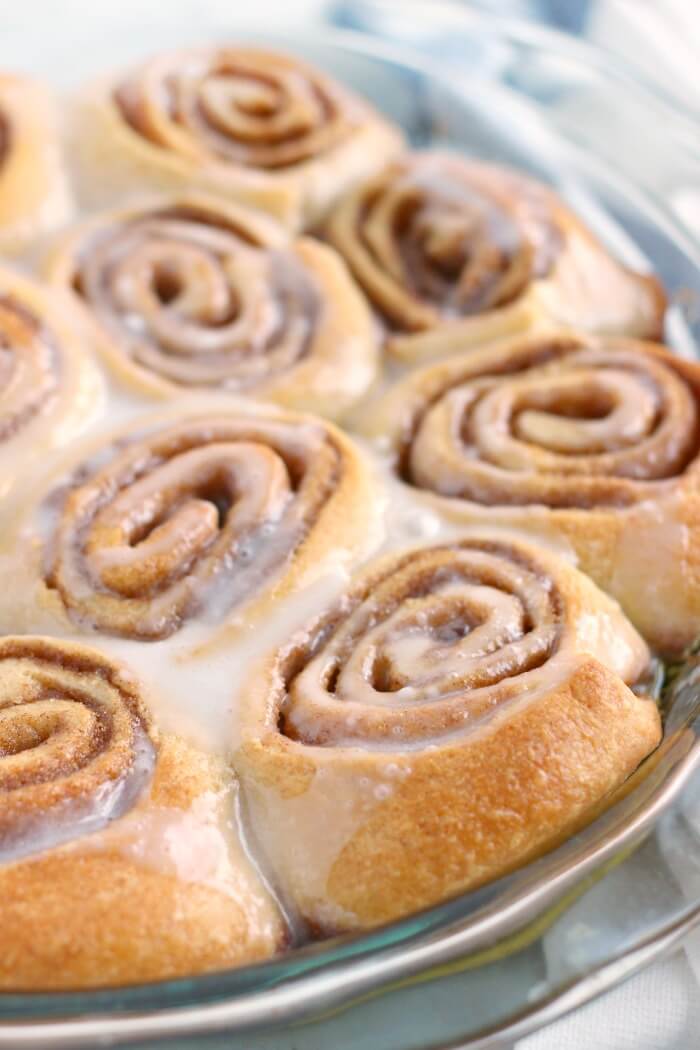 I’m pretty sure you won’t have any leftovers. 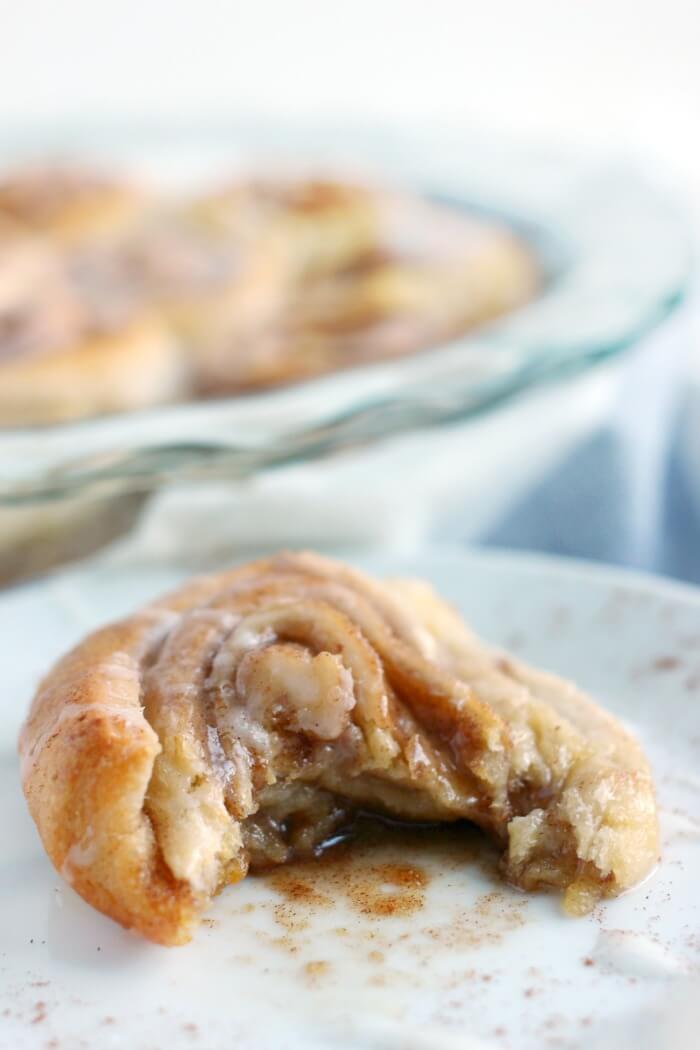 The whole roll is like the gooey middle and oh, I love it so much. 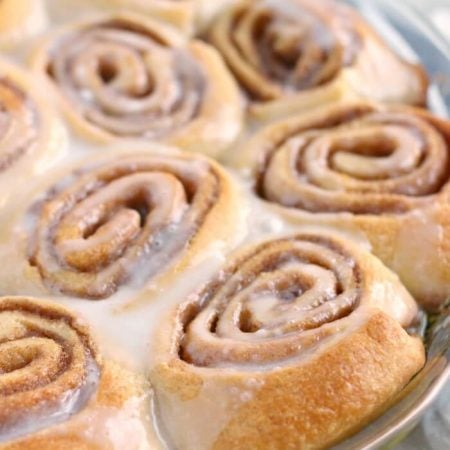 Toggle to green to prevent your screen from going dark while you cook!

If you can find the sheet version with no triangle perforations, this is preferred, but not necessary. Calories are automatically generated. For best results calculate based on your exact ingredients.
If you love cookbooks, CLICK HERE to check out our shop! 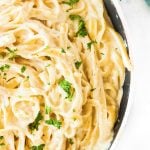 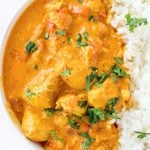 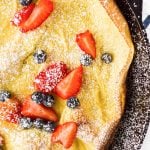 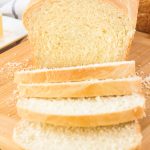 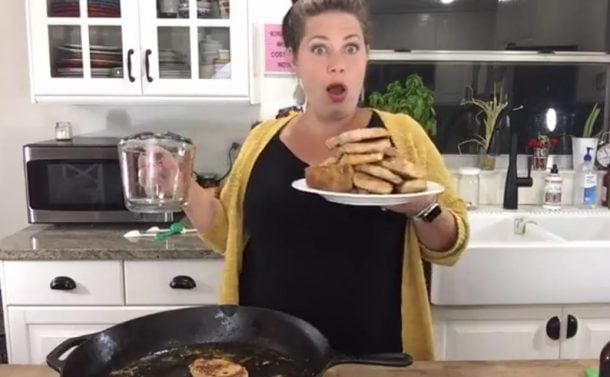