You are here: Home / dessert / Apple Crumble (With a Twist!)
Jump to Recipe
818shares

Apple Crumble is easy to make and fun to eat. We love making Apple Crumble for dessert, it’s a great option for a crowd too!

Apple Crumble is so great and a super delicious dessert recipe.  This apple crumble recipe has a delicious chocolate twist that you’ll definitely want to try.

Serve your apple crumble after a filling meal of oven baked pork chops or our basic meatloaf recipe! 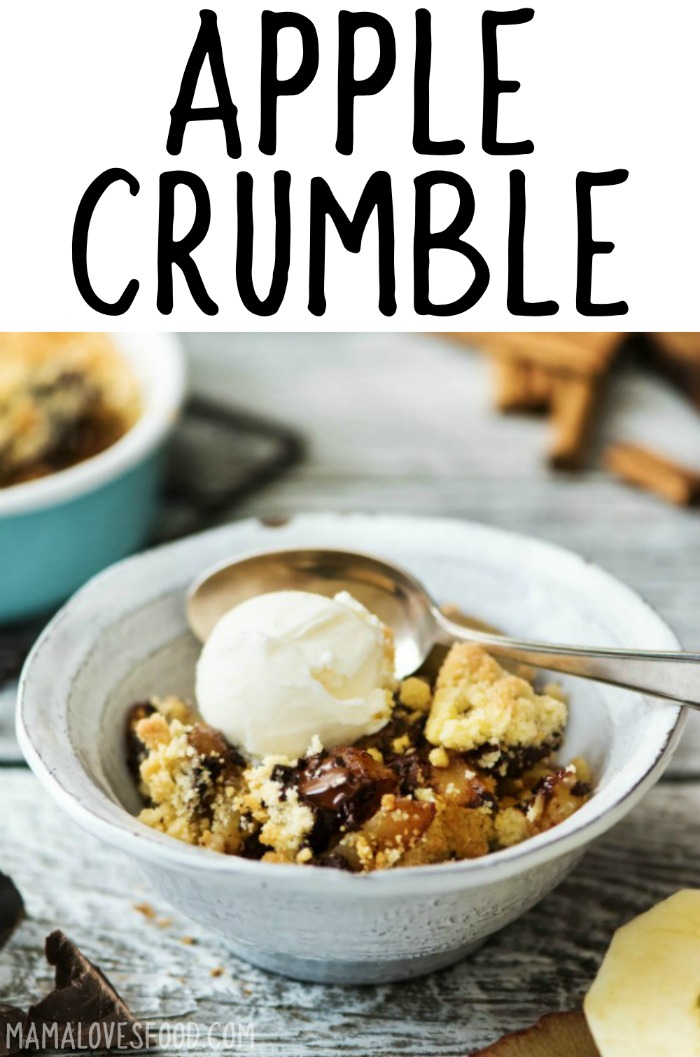 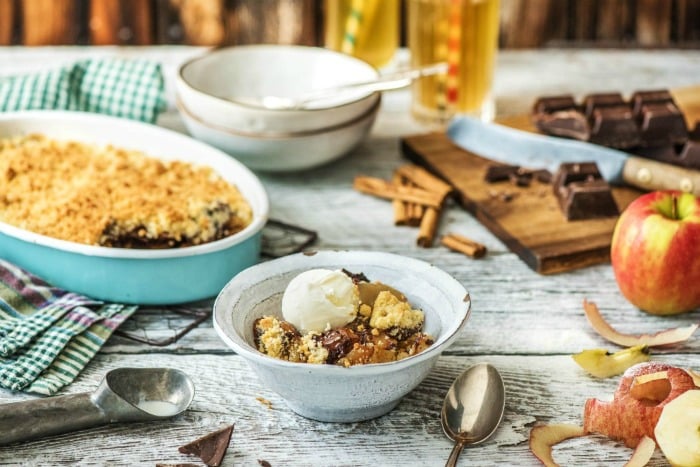 How Do You Make Homemade Apple Crumble

First,  peel, core and chop the apples into small chunks.

Immerse the apples and cinnamon stick in water while you’re chopping, to stop them from turning brown.

Next, drain the apples, then add apples plus water and sugar to a sauce pan and cook on medium heat.

Continue cooking on medium heat until the apples become mushy. Once mushy, put the apples into an ovenproof dish and remove the cinnamon stick.

Break the dark chocolate up into chunks and sprinkle on top of the apples in the dish.

Mix flour and sugar in a mixing bowl – add the butter and continue to mix everything together.

Finally, pour on top of the stewed apple. then bake.

What is the Difference Between Apple Crisp and Apple Crumble?

A crisp is a fruit dessert that is topped with a crunchy layer of ingredients and baked until crisp.

The topping for a crisp generally includes ingredients like sugar, butter, oats, nuts, flour and sometimes a spice such as cinnamon, tossed together. The dessert is baked until the top of it becomes crispy browned.

A crumble, like the one we have here, is also a baked fruit dessert with a layer of topping. A crumble, however, rarely includes oats or nuts, and is instead usually a streusel-like combination of flour, sugar and butter.

Occasionally, some variations do include oats or nuts. A crumble topping is generally more clumpy than a crisp topping, but not as clumpy as a cobbler topping (which is more like a biscuit dough). 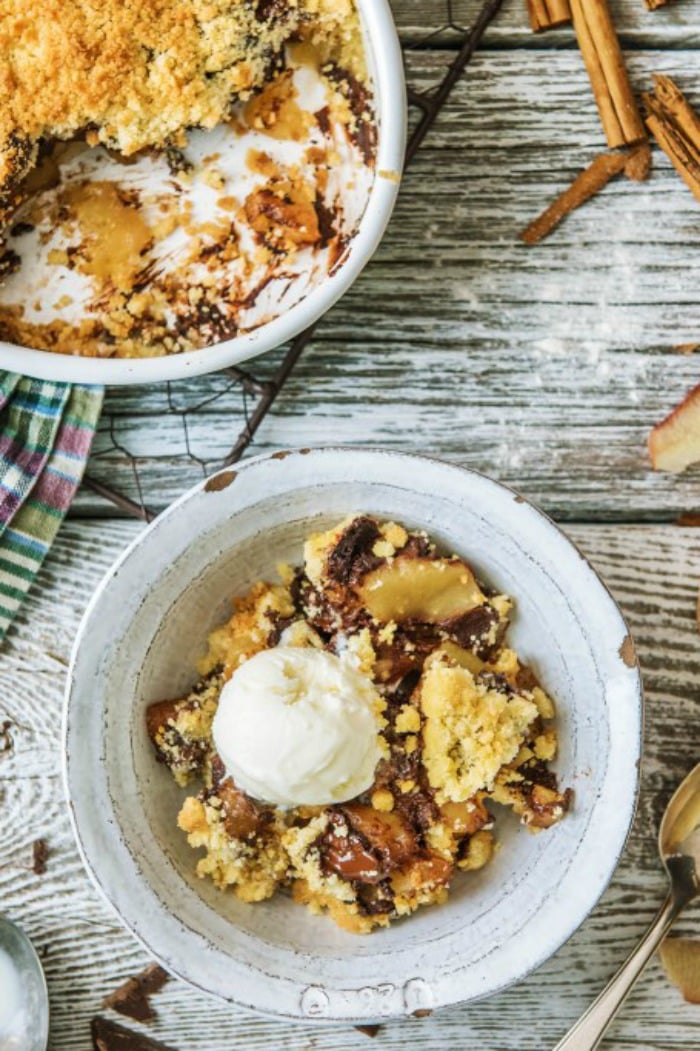 What to Serve with Apple Crumble 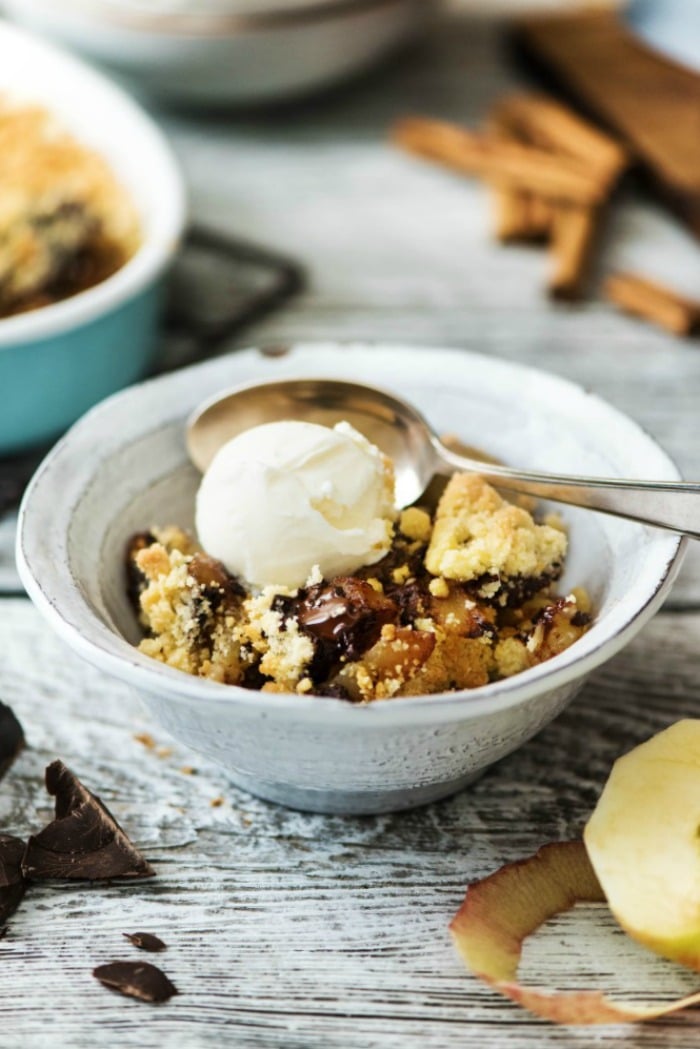 Rustic baking dish – Is it even really a dessert if it’s not served in a pretty dish?  (Well of course it is, but I do love a pretty dish).

Saucepan – I like a stainless steel saucepan, as opposed to one with non-stick coating.

Don’t try to save time by putting uncooked apples in your crumble.  To bring out the best flavor and texture, stewing the apples before baking them is an important step.

Make sure to add the full amount of butter called for in the recipe to get the perfect crispy golden brown topping.

Not Too Much Sugar

The apples have a lot of natural sugar which will be further brought out in cooking. Don’t try to add extra sugar as it may become too sweet.

Don’t skip adding the cinnamon stick to your apples while they are stewing to give an extra level of flavor.

Apple crumble is best enjoyed hot and fresh from the oven for the best experience. You want the apples to be soft and warm while the topping is crispy.

How to Make Apple Crumble 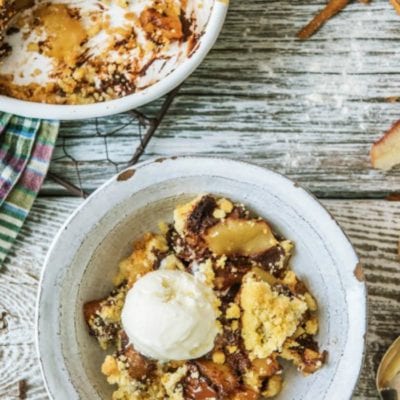 Calories are automatically generated. For best results calculate based on your exact ingredients.  RECIPE SOURCE: HELLO FRESH
📖 If you love cookbooks, CLICK HERE to check out our shop! 💗

If you love apple recipes, try our apple cinnamon bundt cake next!

This awesome Apple Crumble recipe is from Hello Fresh. Most folks know of Hello Fresh as a meal delivery service, but they also have  great website full of easy to make recipes. 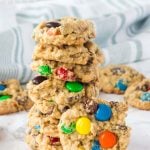 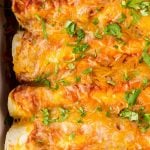 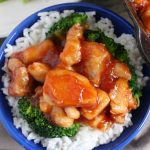 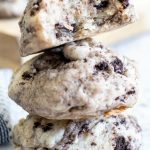